The Lakes Sky Ultra and the Scafell Sky Race 2017

The Third Edition of the Salewa Lakes Sky Ultra will take place on the 16th of July 2017.

The Salewa Lakes Sky Ultra is one tough race, travelling 56km in distance and 4500m of ascent (uphill) with another 4500m of descent as well… that’s a cumulative 9000m in total, the runners will complete this circular route for the 3rd time since its conception. On route they will tackle typical ‘fell running’ with some extra spice thrown in for good measure. Classic ridge lines such as the mighty Striding and Swirral Edges take the runners across severely rocky terrain with precipitous drops either side, then hand over hand rope descents on grade II rock scrambling terrain through Eagle Crag and the uber classic ascent of one of the most technical and very alpine feeling ‘Pinnacle Ridge’ weighing in at a hefty ‘grade III’ will test any hardcore ‘skyrunner’ to his or her limits and that’s just the first half of the course. For those with the legs to run now the route opens up in to perfectly runnable trails with some lovely technical little sections to keep even the best ultra runner alert.

The LSU was conceived and is planned by Mountain Run, a local mountain running coaching business that are based right at the heart of the course in Glenridding, in the Ullswater Valley. 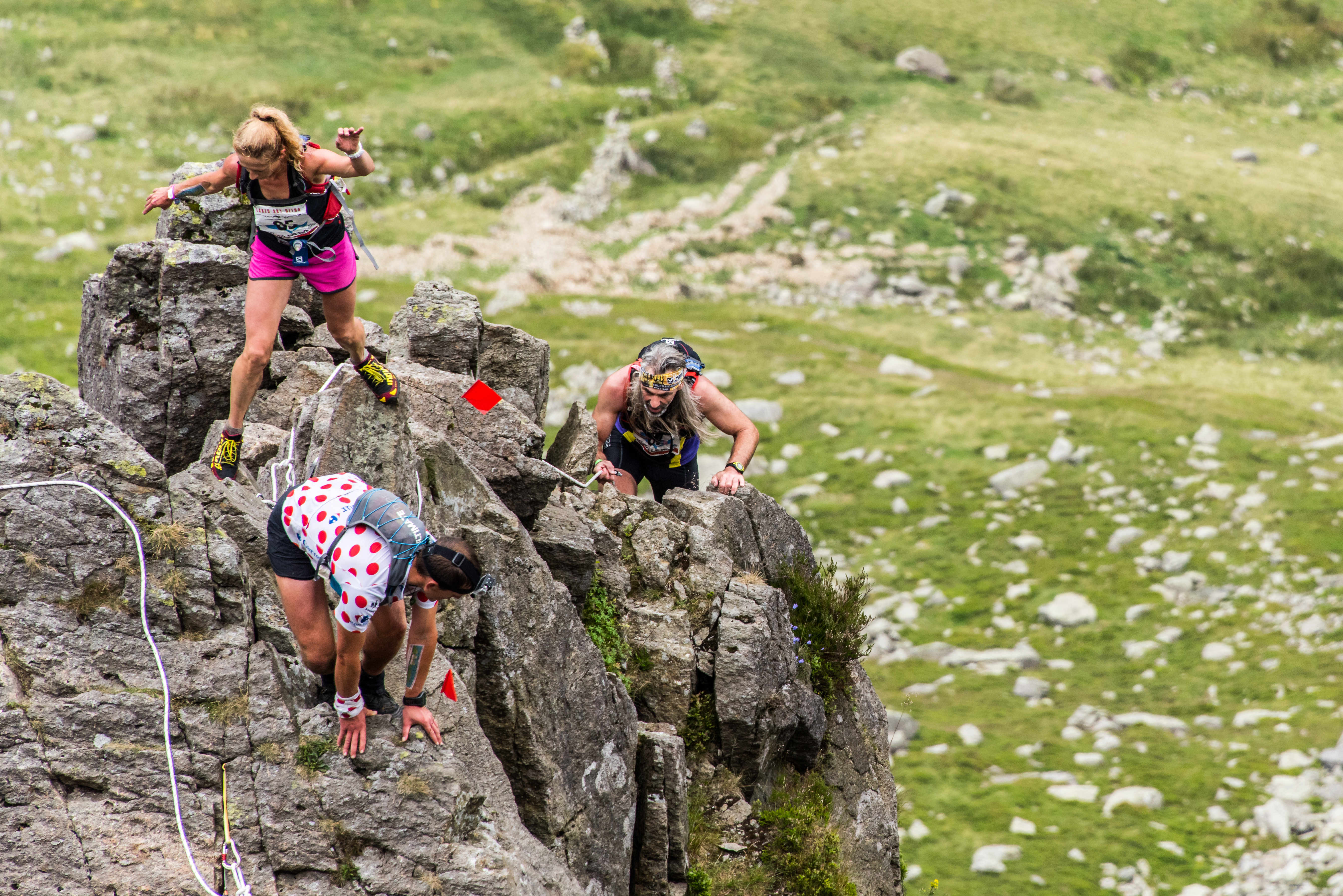 Skyrunning in the UK is a new phenomenon, starting around 4 years ago. Its has grown in popularity over the last few year gathering massive momentum in 2016 with the advent of the most technical skyrace in the world appearing in Scotland in the Skyrunning World Series under the Extreme category. The UK has a great history in mountain running where ‘Fell Running’ has existed since the early 1900’s and has some of the 1st associated races like the Ben Nevis Race, tagged as part of the development of ‘Skyrunning’ in Europe as well.

The Lakes Sky Ultra is a very technical undertaking with up to grade III rock scrambling that competitors must overcome during its 56km of delightful course and because of this entrants are vetted for experience. They must be able to demonstrate they have rock scrambling or actual rock climbing experience before they are allowed an entry into the race. They must also be able to communicate their history/experience in ultra distance technical mountain races. It’s certainly not a race for the non-experienced or the feint hearted.

The race director, Charles Sproson, is very keen for competitors to understand the demands of the race and explains, “Runners must be of both the mountain running and rock climbing backgrounds to be able to take part. The race is very much a design that replicates what I personally love about running in the mountains, a mixture of extreme and technical running with some scrambling and climbing thrown in for good measure ” and with a Lakes Classic Rock Round (15 graded rock climbs strung together by running in-between with 50km of running and 4300m of ascent in under 24 hours and of which less than 20 people have under taken this challenge to date) under his belt.

The course records, set by Donnie Campbell and Sarah Ridgeway in 2016, are by no means un-beatable but they set a great precedent for aspiring technical mountain racers to come and have a go at bettering.  RaidLight sponsored French athlete Thomas Paris raced hard to take the 5th place overall and won the uphill ‘King of the Mountains’ super stage in 2016. 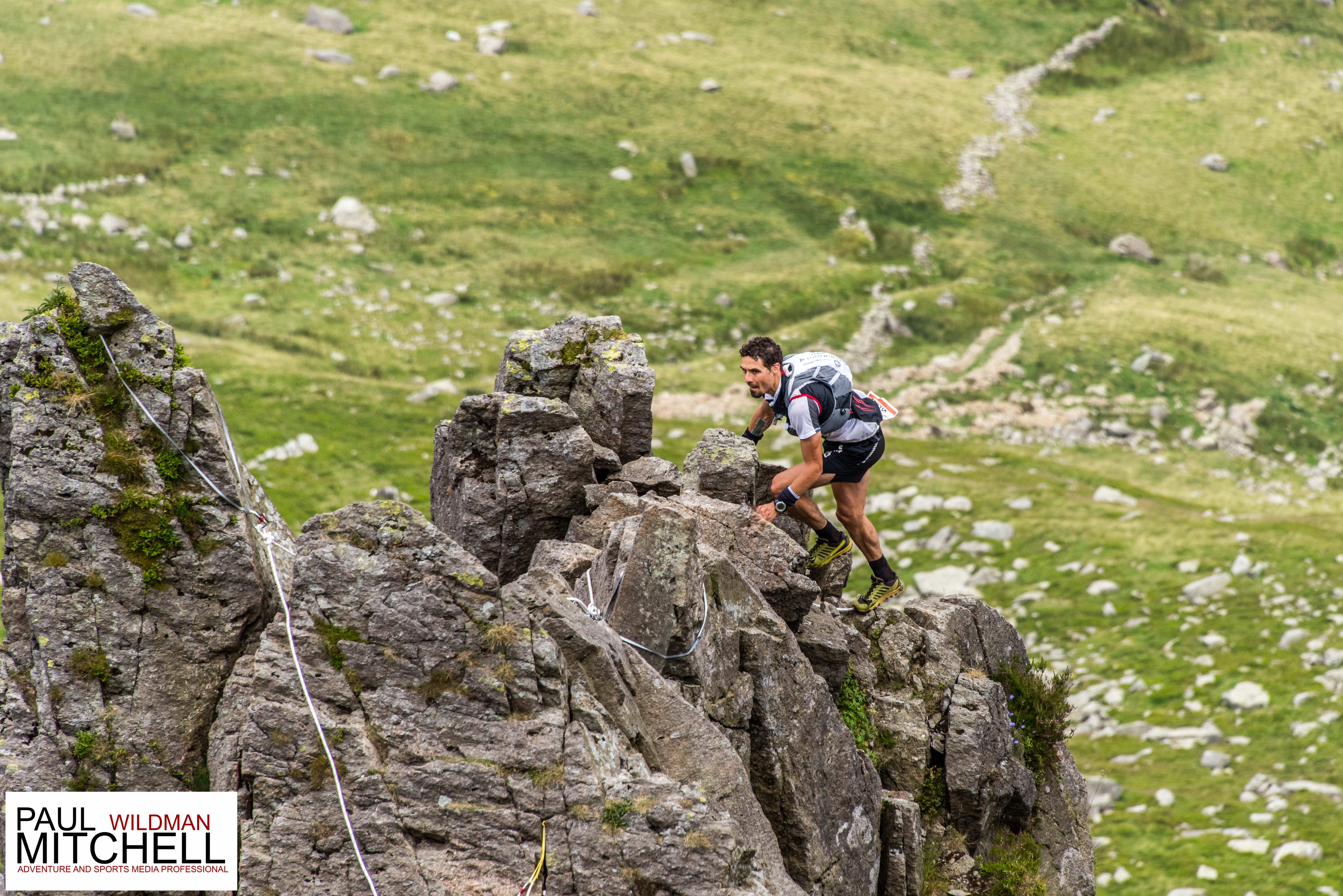 In both the previous two years we have seen a multi-national field turn up on the start-line and this year will be no different. Already the Lakes Sky Ultra is selling out, so don’t delay if you want to take part in one of the most technical ‘skyraces’ in the world! (This really is no joke!!)

Don’t worry if you don’t make the expectations for the Lakes Sky Ultra with regards to experience, as the LSU team have been working hard to bring another classic ‘skyrace’ to allow those who enjoy the running, but not the scrambling side of the sport, to take part in the LSU weekend. If this fits your bill, and be under no illusions the race is still very technical underfoot, then check out the Scafell Sky Race.

The inaugural edition of the Scafell Sky Race will take place on the 16th July 2017.

2017 is the inaugural year of the Scafell Sky Race and this amazing course traverses the highest mountain in England, this being Scafell Pike.

The course weaves you through the Lake District on a feast of technical single-track mountain trails that are hard to equal anywhere in Europe, if not the World! Bold claims maybe but come and check it out for yourself to be sure, the LSU Team promises you won’t be disappointed! 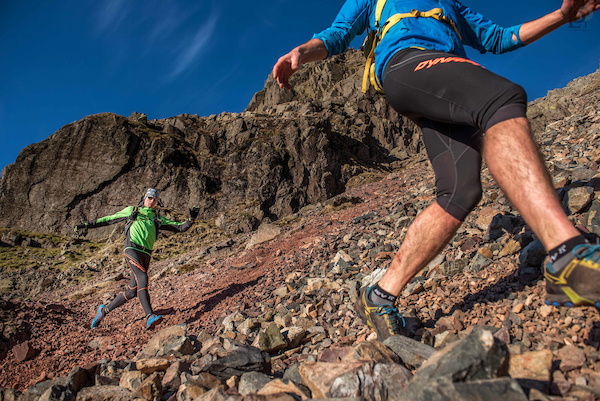 This point-to-point race continues for 40km of rough mountain terrain with 2700m of ascent and the same of descent giving a whopping 5400m of combined up and down. You will be transported by coach on a scenic ride through the very heart of the Lake District to the start line and then will run back along the marked course to the central hub for the race weekend, the University of Cumbria, right in the heart of Ambleside, which is the ‘Chamonix’ of the Lake District.

The route takes you past the birthplace of ‘British’ Rock Climbing, Napes Needle, over the highest mountain in England, Scafell Pike, along some lesser know mountain trails, stops briefly for a re-fuel at one of the most famous pubs in the UK, the Old Dungeon Ghyll and then weaves its way along delightful trails to the finish.

You can expect both races to be marked extremely well, so no navigation skills are necessary to complete the routes. The LSU Team use red marker flags at a frequency of 15 to 30m maximum to guide you around the courses, so you can concentrate on the running rather than the navigation. 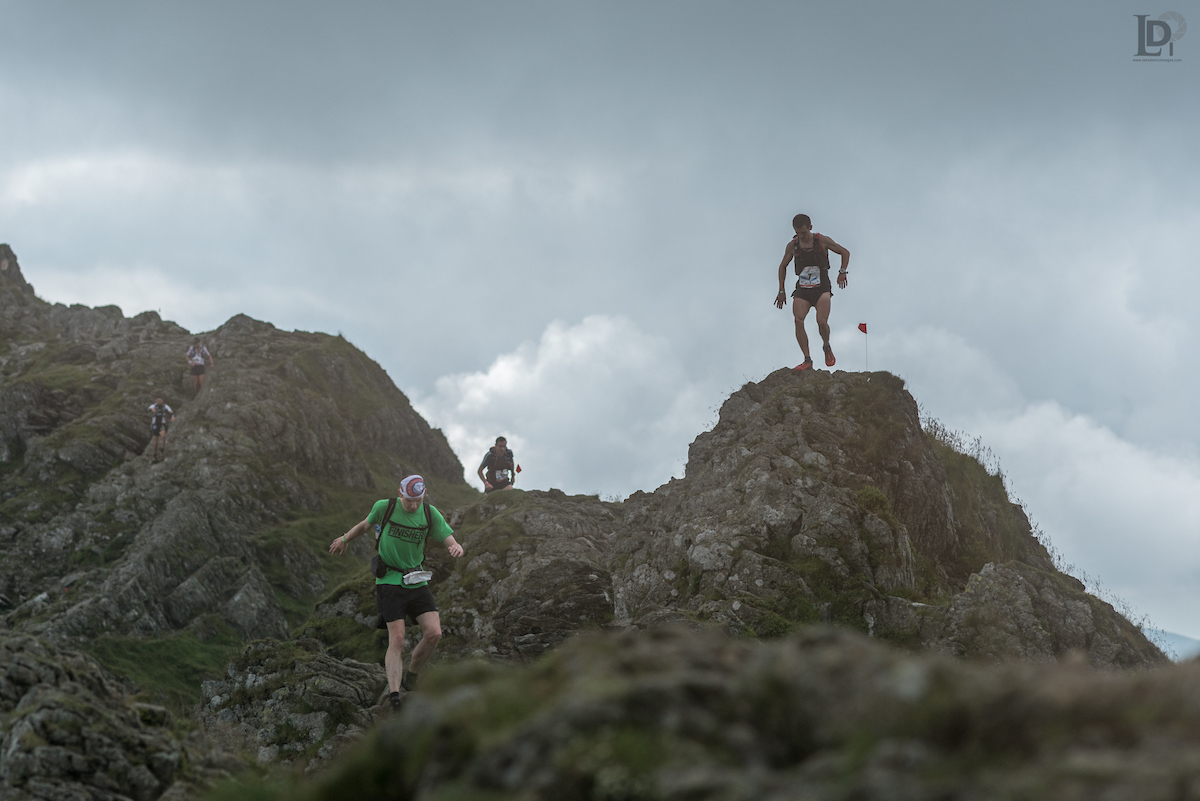 Entries for both races are open and filling up fast, so hurry if you want to experience the true beauty of ‘skyrunning’ in the UK. We might not have Alpine-Height Mountains but we make up for the lack of height with well-designed roller coaster routes though some of the most beautiful terrain the UK has to offer.

Single room affordable accommodation is also available for the weekend in the University Campus Halls of Residence and can be booked directly at the same time as you book your place in the races. Airports are within 1.5 hours of travel to the events centre and good train networks exist to travel from the airports to the race HQ.