Preparing for nine days of walking around the Lake District in October, the forecast was fairly vague. I had been watching the developing long-range predictions on several sites for over a week, and it suggested that every day for our nine-day trek would have some rain, some sunshine, light to moderate wind with a possible storm, and temperatures between 2-14 degrees. A bit mediocre, a bit of everything!

What we did know from experience is that a fairly dull forecast can quickly turn into something quite different – warmer or much colder, windier and maybe wetter, so we took good waterproofs, and walking poles to help with the downhill and any stream crossings. Our plans were also flexible, with lower or higher alternative routes most days depending on the weather. We definitely checked Weatherline every day!

So where did we go?

Starting and finishing in Ambleside, our first hill was Loughrigg, followed by a riverside walk to Elterwater, then via Little Langdale and Tarn Hows to Coniston. From there we split up, taking a higher and lower route each which joined at the top of the Walna Scar Road then down to the lovely Duddon valley, then over to Eskdale – one of us via the Hardknott Roman Fort, the other skirting to the west of Harter Fell. Weatherline predicted rain for the next day, so our route from Eskdale to Wasdale Head was via Nether Wasdale. A lovely route exploring Eskdale and Irton Fell, but very different from the high-level alternative over the Scafells if it had been a clear day. 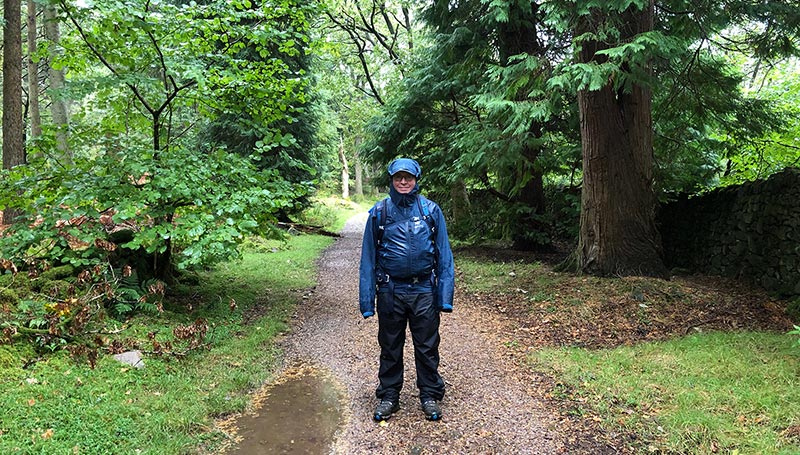 With a mixed, but improved forecast, we again split up, one of us taking a lower route which climbs Black Sail Pass, then Scarth Gap to Buttermere, while the alternative higher route took my husband over Great Gable and Haystacks. The weather was indeed mixed, with heavy showers and sunny spells, and the most amazing double rainbows as a result! 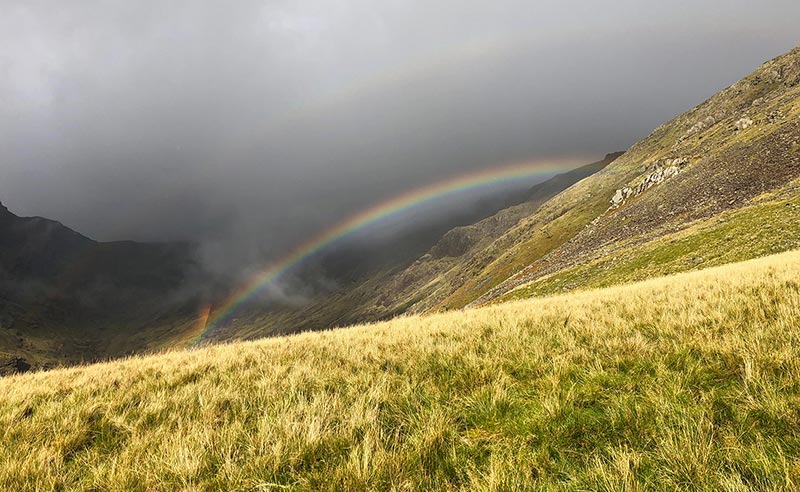 Early morning in Buttermere began bright and very cold. A strong north easterly was a little discouraging at first, but the wind soon became an exhilarating addition to a fabulous walk on the ridge from Whiteless Pike to Crag Hill and Causey Pike then on to Keswick.

October 3rd dawned with torrential rain in Keswick. Storm Alex had arrived. Our route was thankfully fairly low level, visiting Castlerigg Stone Circle in the early morning, before climbing Walla Crag, then on to Rosthwaite via Watendlath. By the end of the day the news reported that this had been the wettest single day on record throughout the UK. Despite having good waterproofs, our need for the drying room in Rosthwaite was testament to that! 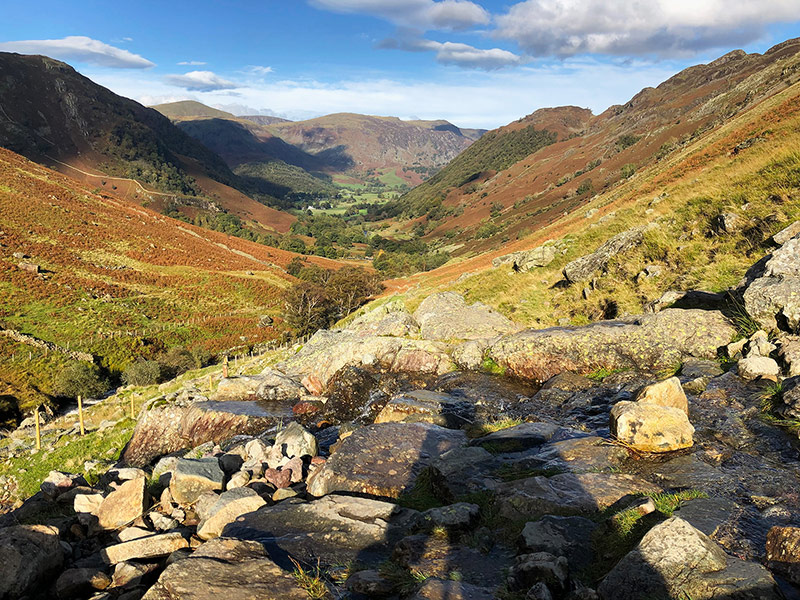 Looking back to Rosthwaite from near Lining Crag

Greenup Edge is boggy at the best of times, but after a day of torrential rain it certainly didn’t disappoint. Weatherline promised a bright and dry day as we made our way over to Grasmere, with time to explore. Our final two days were mainly dry, but cloud covered the fells above around 600 metres, which meant that views from Helvellyn were a little patchy through breaks in the cloud. 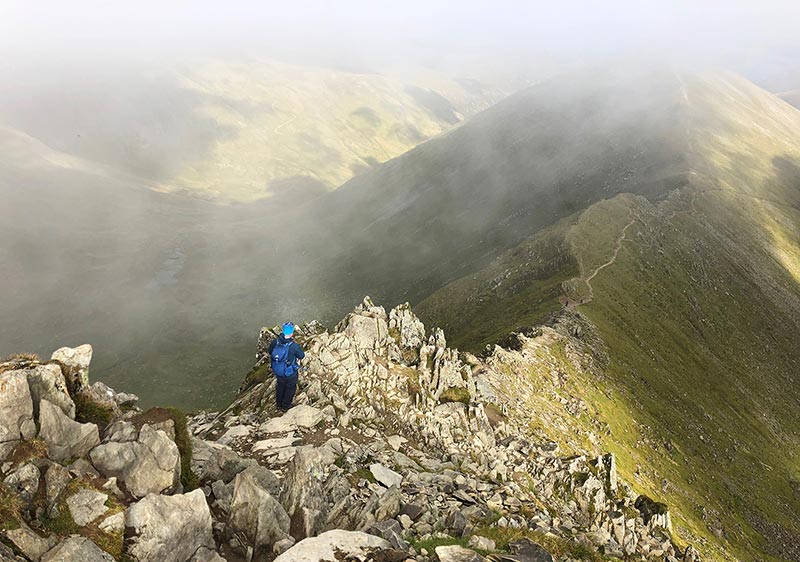 Our final day from Patterdale to Ambleside via Scandale Pass and the ridge down from Red Screes was sadly disappointing, the views of Windermere and the fells to the west shrouded for most of the way back to Ambleside.

Thanks to Weatherline, we always knew what to expect on the fells, and had a brilliant trek around the best of the Lake District!

Cicerone Press. Read more articles like this, and find a great selection of guidebooks to the Lake District at www.cicerone.co.uk