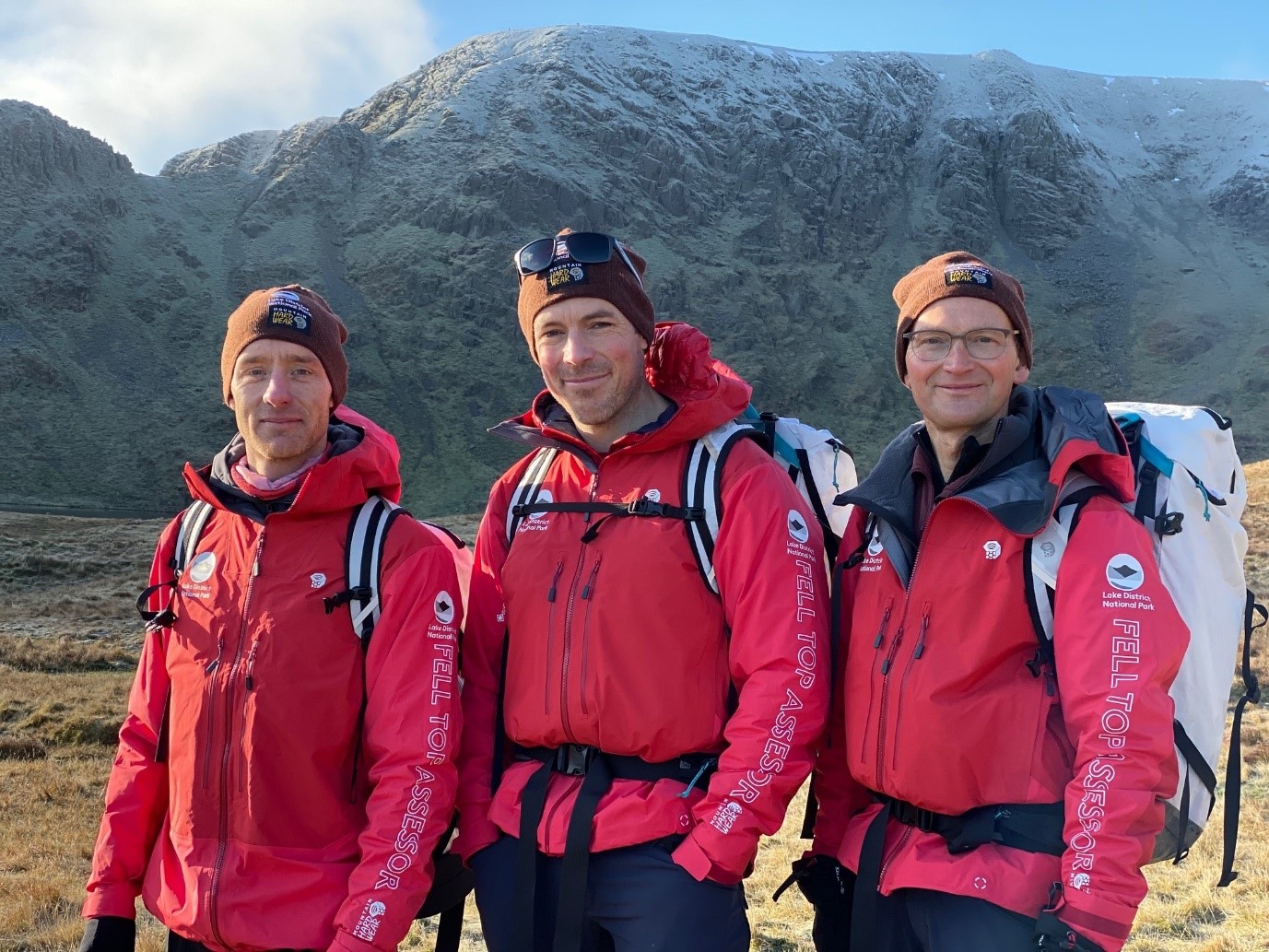 Despite the Fell Top Assessors winter season coming to a premature end as a result of the Covid-19 pandemic, it’s been a great winter of initiation into the team. Our launch day on 29 November 2019 seems like a distant memory, and my first week in early December eased me into the role nicely. I had plenty of opportunities for varied routes and was able to concentrate on writing the reports and get my head around social media content. Although the reports are only a few paragraphs long, they actually take me quite a long time to write. It’s important to make sure we’re getting the right information across and that it won’t be misinterpreted. Lucky for me, I had the other Fell Top Assessors, Zac and Jon, to learn from.

New Years day soon came around and with my brother visiting from France, I thought it would be nice for us to head up Helvellyn together. We were rewarded with one of the most spectacular days of the winter. Although there was almost no snow, we experienced an amazing inversion with cloud pouring over the top of Helvellyn, like a waterfall of thick cream. The top of Catstye Cam was one of the best places to witness the spectacle as it was generally free of cloud and a bright low winter sun shone overhead. 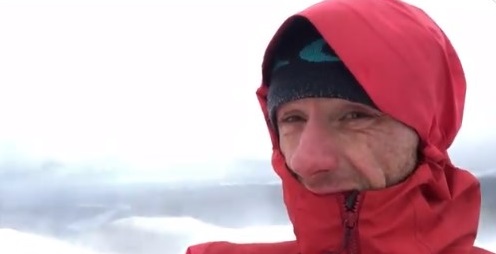 Much of the rest of January and the first half of February saw very stormy conditions. It felt like almost every second day was a battle against the wind. One of the daily tasks became trying to pick routes up and down that gave the most shelter from the wind. If you’re heading onto the summit plateau it’s inevitable you’ll have to deal with it at some point and it was often just a case of being prepared and getting your head down, but if it all got too much, knowing when to turn back or choose another objective. 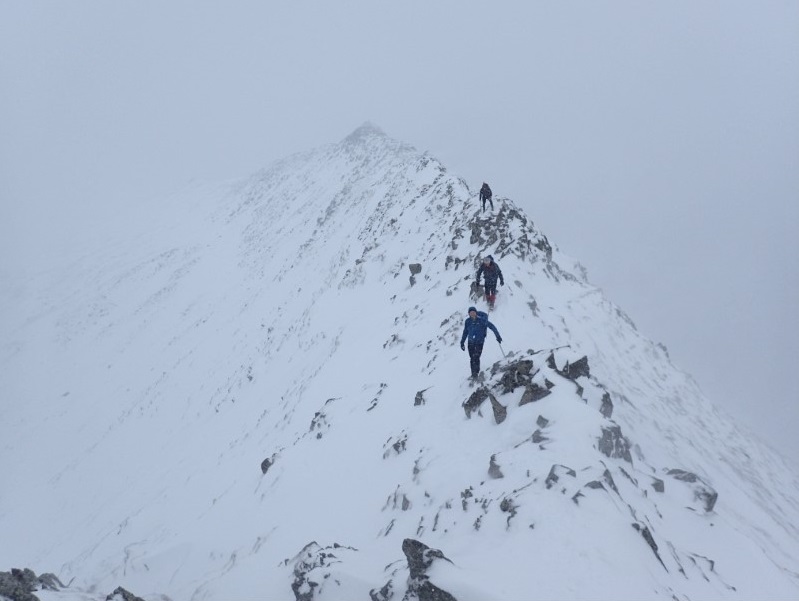 Named storms Ciara and Dennis were both notable for high windspeeds and some localised flooding. Zac recorded a maximum windspeed of 83.7mph from the top of High Pike in the Caldbeck Fells, and I had a maximum reading of 84 mph from near the summit of Grisedale Pike around a week later. We both thought better of venturing up Helvellyn, and I’m sure the windspeeds up there on those days must have been in the region of 100mph!

Teaching people how to #summitsafely

Despite the wild days, January and February were filled with lots of winter skills courses and some fabulous days out in a huge variety of conditions. One of the most pleasurable and challenging aspects of the job for me is heading out with groups of varying ability and experience and giving them the best day you possibly can, again, often in very challenging conditions. February also saw Jon make his 600th ascent of Helvellyn over his 12 winter seasons as a Fell Top Assessor. A fantastic achievement and one which I’m lagging behind significantly! 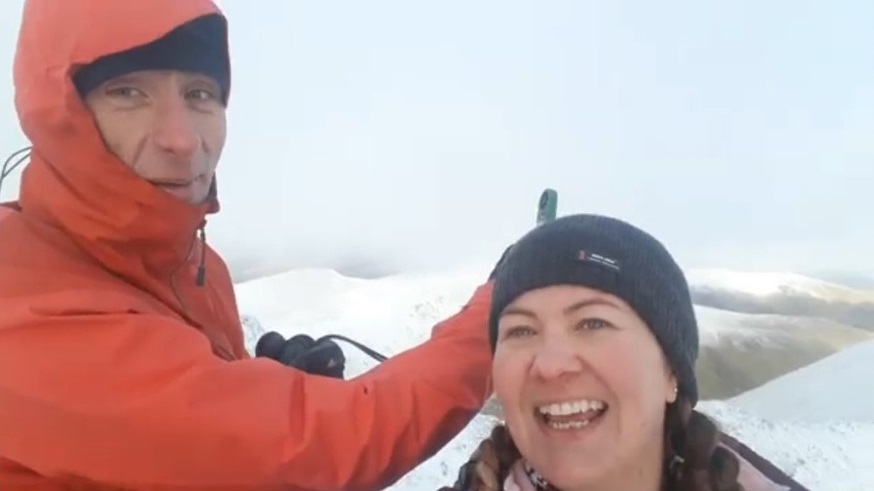 Although I’ve lived and worked in the outdoors for most of my working life, I’ve never really experienced heading out and lots of people knowing who you are, not necessarily by name, but the fell top assessors as a team are fairly well known and it was lovely to have people coming over for a chat or asking for a little advice. It made many of the days a really sociable experience.

Late February and into early March conditions began to settle down and snow on the hills became a more persistent theme. Another highlight of the winter was heading out with Richard Leafe who took a break from his role as Chief Executive of the Lake District National Park Authority to join me on the fells. Richard is a very accomplished ski mountaineer and although I’ve done a fair amount myself, it had been a couple of years since I had skis on my feet! Nevertheless, he twisted my arm and we soon found ourselves dropping over the cornice (which was a challenge in itself with spindrift significantly reducing visibility) and skiing down the bowl below the trig point down to Red Tarn. We then made our way up Catstye Cam and skied a lovely line down the east ridge and almost all the way down to the car which was parked at Greenside mine. 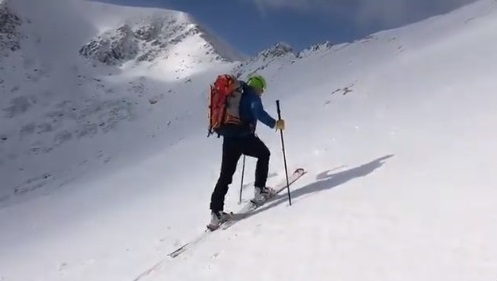 More generally fine and settled weather continued right up until 23 March when unfortunately the inevitable (and correct) decision was made to stop the service prematurely in line with the government’s recommendations regarding the Coronavirus.

Looking back, I’ve learned a great deal and I’m slowly getting a better feel for the mountain.

I know it sounds funny, but it’s rare that anyone goes up the same mountain day in day out over such a long period of time. If you get the opportunity, you begin to notice subtleties in how the mountain affects the weather and conditions which only comes about through familiarity. It’s a real treat and a privilege to have such an intimate relationship with a place and I’m already looking forward to more of the same next winter.